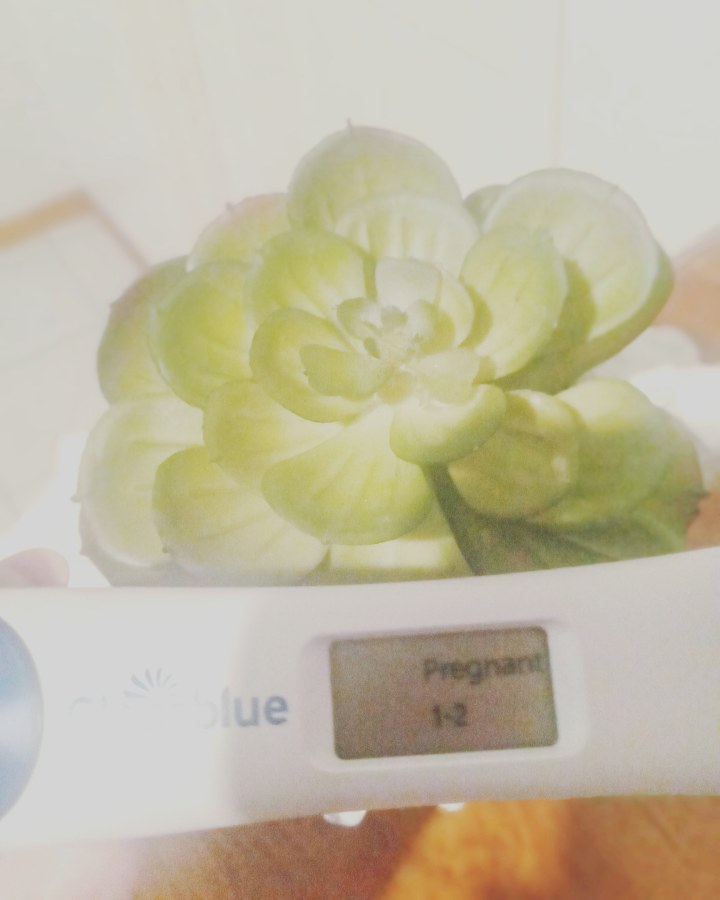 As I’m writing this I’m 4 weeks pregnant but when you see this I’ll be much later into my pregnancy because we are not telling anyone until later. I found out I was pregnant at 3 weeks and 6 days. My roll over day is every Friday which is so easy to remember and super helpful.I took a test at 3 weeks and 6 days and this was my response straight away.

First thing I did was download a pregnancy app on my phone to work out my due date and how far I was.The app I’ve downloaded is called “pregnancy”

I booked my first doctors appointment and got the confirmation I already knew which was we are pregnant. Got sent for bloods and booked in for my first scan.So far I don’t feel pregnant at all! Just extra bloated which I remember with my first born ( man that’s weird to say ) I also was very bloated in my first trimester, and for some reason both times have made me emtional about being extra bloated.Towards the end of my 4 weeks of pregnancy I did begin to feel very hormonal and finding it hard to control my emotions. Which with my first pregnancy I didn’t experience this at all so it has been hard to adjust too.But my engrey levels have been high and feeling fine! I think the only weird thing to happen this week has been a family member announced their due date is also the 24th just one month before us!?

Not just a regular mum 💌